The Glasshouse Arts Centre are delighted to welcome Peter Knight and Gigspanner.

Since his departure from folk-rock pioneers Steeleye Span at the end of 2013, fiddle player Peter Knight has turned his full attention to his trio Gigspanner, and in the process has established their reputation as one of the most innovative acts on the folk/roots scene, garnering along the way a reputation for dismantling traditional music and song and reassembling it in an entirely original, imaginative and beautiful way.

“Unhindered by the limits of technical ability, they take self-penned along with music rooted in the British Isles and with the flick of a bow, a finely chosen chord or slip of a beat, produce richly atmospheric arrangements layered in a wealth of subliminal musical influences with notes seemingly plucked from the stars and rhythms from the equator”

The advent of Gigspanner has introduced a whole new audience to the extraordinary musicianship of Peter Knight who has without question been a huge inspiration on the folk-roots scene since the folk revival of the 1960’s.

Peter is joined by Roger Flack on Guitar and Sacha Trochet on Percussion, both powerful and intelligent musicians in their own right.

“Instrumentalist of the Year” (Fatea Magazine 2016)

400th Anniversary Celebrations in Stratford-upon-Avon as part of ‘World on 3’, hosted by Verity Sharp 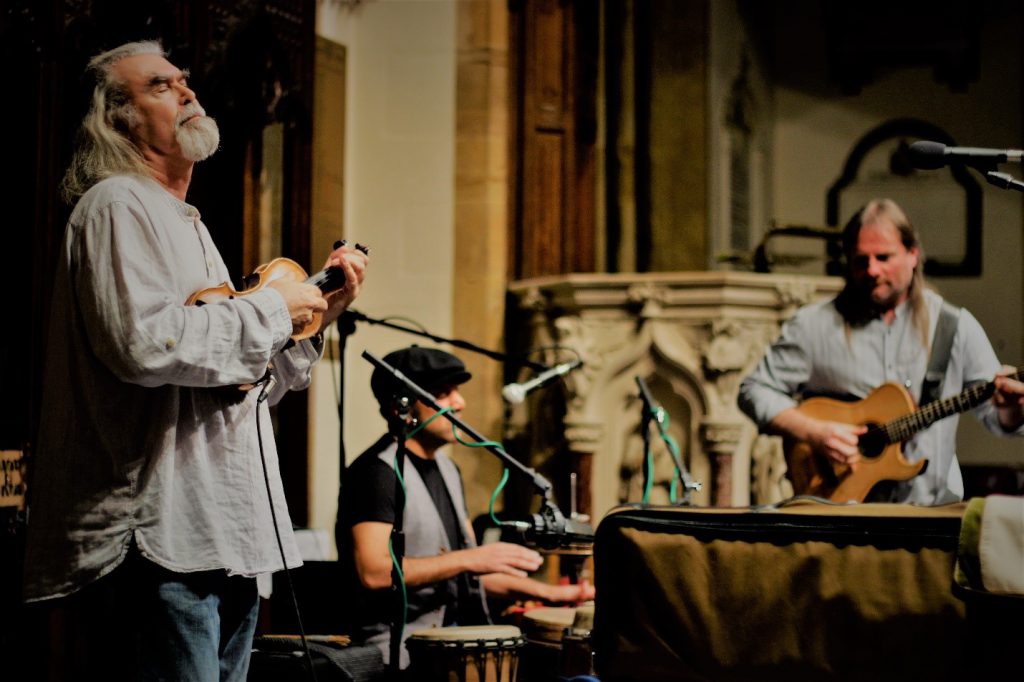