After graduating from the Franz Liszt Academy in Budapest in 2014, Hungarian pianist Domonkos Csabay received a prestigious scholarship from the Josef Weingarten Trust to study at Birmingham Conservatoire under John Thwaites and Pascal Nemirovski. 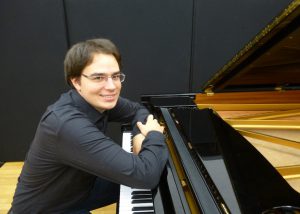