Based in Newcastle Upon Tyne, JINSKI are song writer Stephen Wegrzynski and musician Dave Kennedy, a partnership forged from acoustic roots and the love of a strong melody. Their music touches the borders of folk, country, and pop, keeping alive the song writing tradition whilst remaining resolutely modern.

Playing ‘live’ with just two voices and two guitars JINSKI have been touring the UK, honing their craft, chalking up the miles and making new friends wherever they play. They have built a reputation for delivering music for the head and the heart that is full of passion, meaning and originality. Notable supports have been to Joe Jackson, Eliza Carthy , The Proclaimers, Lindisfarne and Raintown. In October 2016 they opened two shows for Kathryn Tickell at The Brewery Arts Centre in Kendall Cumbria and The Malting in Berwick, Northumberland. Recent TV appearances include BBC 1 The One Show. 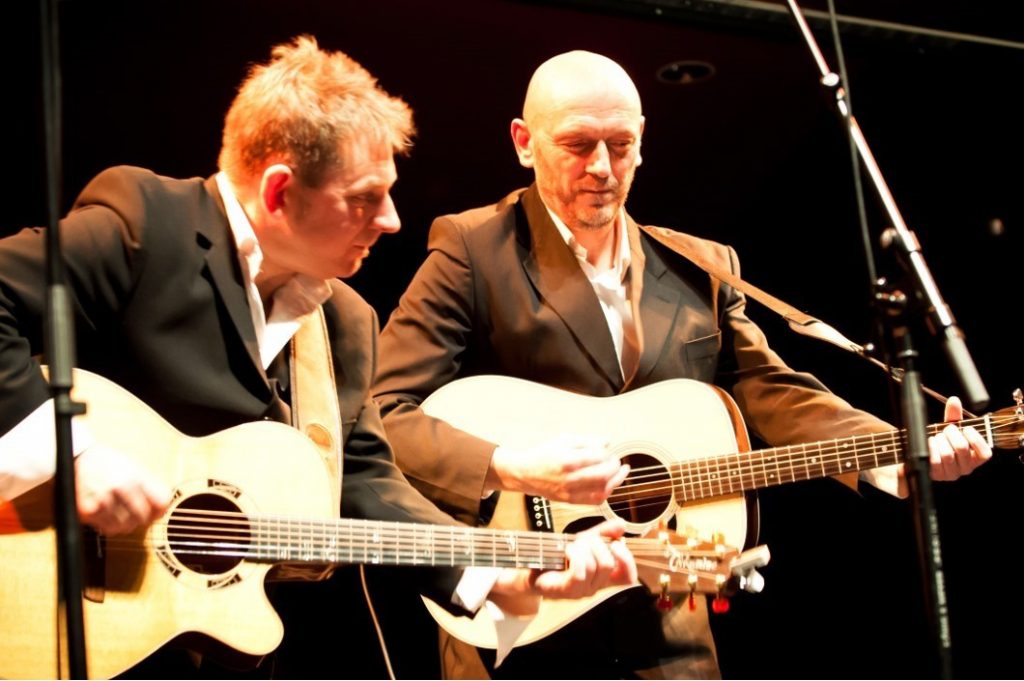